Every Child Our Future Jersey

Leaders create conditions that enables its clients to advance, often beyond what they ever thought possible.

Jersey charity Every Child Our Future (ECOF) wanted to raise greater awareness of the importance of reading with young children by leveraging off the national reading initiative World Book Night 2020.

The two-week campaign was designed to encourage parents and children across Jersey to reconnect with the pleasures of reading. Using fiction to escape fears around the current Coronavirus pandemic was another key aim.

The agency also created the name #BookBeforeBed as the campaign title, with the hashtag seeded across all activity.

Black Vanilla created and published various interactive social media posts for the Jersey community to engage with throughout the two-week campaign. All of them included  #BookBeforeBed to encourage sharing.

A Facebook competition was launched at the start of the campaign, which challenged local children to draw their favourite book character. The competition closed on World Book Night, with winners across two age categories announced towards the end of the campaign.

Tips, facts and statistics on bedtime reading, alongside quotes from reading specialists, were shared on social media to increase parent buy-in.

These videos were edited and shared across both Facebook and LinkedIn throughout the two weeks.

Black Vanilla crafted a press release and PR toolbox which was pitched to all local media outlets along with opportunities for exclusive content and quotes.

Media relations activity secured broadcast coverage for ECOF on World Book Night, including an interview with a charity spokesperson and the video of Lord Jersey reading ‘Oi Frog!’.

After World Book Night, a follow-up release was distributed to local media, which included the competition gallery, details of winners, links to celebrity videos and spokesperson comment.

Black Vanilla created several branded graphics for social media, and six videos.  These were used throughout the campaign.

A branded ECOF leaflet was also created and distributed to charity contacts, corporates and schools, encouraging them to share details of the campaign.

The leaflet included bedtime reading tips and information about the benefits of reading before bedtime and was repurposed and shared across social media to maximise campaign awareness.

The campaign was extremely well supported on social media, with strong interest and interaction shown across Facebook, Twitter and LinkedIn. 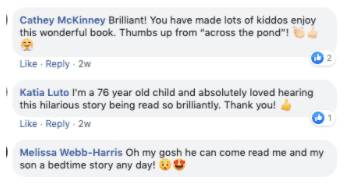 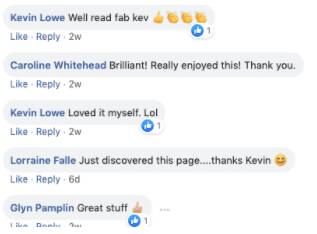 This resulted in a significant increase in followers and impressions across each platform.

The campaign was also shared across local schools’ social media platforms with celebrity endorsement and sharing giving it greater reach.

The campaign featured on Channel TV’s primetime 6pm news bulletin on World Book Night. A video interview with ECOF Director Cliff Chipperfield was broadcast, which highlighted the charity’s motivation for launching the campaign.

The bulletin also showed Lord Jersey’s video of him reading a bedtime story, and used some parent-child reading footage in the background.

Black Vanilla is essential to my business, I consider them a long-term partner in my work. I initially approached PR with a degree of cynicism but was quickly impressed by the difference that the team’s expertise has made to my business.

In addition to devising and implementing a social media strategy that has proved extremely beneficial in raising Leaders’ profile, their
proactivity has opened opportunities to reach new clients and develop our core leadership offering.

Black Vanilla was instrumental in bringing our vision for the event to life. They transformed the venue and produced an evening which truly showcased some of Guernsey’s best qualities. The team were amazing to work with and truly encapsulated our needs.

We have worked with the team at Black Vanilla for a number of years, across our events and publishing platforms. They understand the markets and the readership we are dealing with, not to mention our exacting requirements which differentiate us from other businesses in our space. I can’t fault their attention to detail and responsiveness to our business needs.